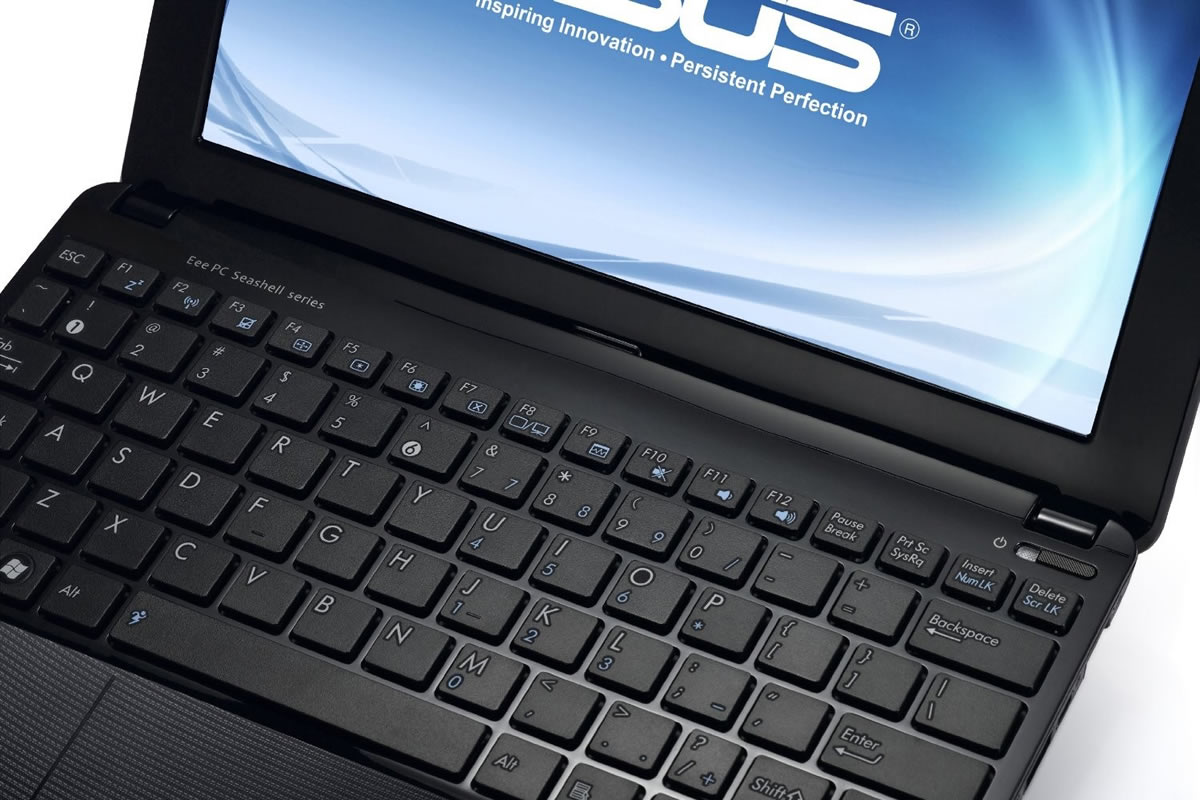 ASUS popularized the notebook platform by introducing the Eee PC™.  A truly portable computer that is handy and measures from 7 – 10 inches only weighing at 1000 grammes. The ASUS Eee PC™ is popular for its reduced start-up time, built-in WiFi 802.11b/g that automatically detects and connects to the Internet at any hotspot. The Eee PC™ comes with document-handling programs, e-mail and other productivity software to help keep in touch with your work from anywhere. Multimedia capable this ASUS production lets you upload photos and videos and share them instantly on Clikpals™, Flickr™, YouTube™ or any other social network including Facebook. And all this without having to wait to get home.

The EeePC’s extensive supports for digital multimedia enables you to enjoy your favourite videos and music files. Better still online communication has never been made easier. Avoiding the wire clutter the Eee PC™ has built-in speakers, microphone and even a webcam. This just only comes to show that no matter the size the manufacturers have fitted everything that is vital to a portable PC.

ASUS has just made a notebook that is not only, easy to use, great for work, really handy but also fun for all. However, this is not the highlight of this post. ASUS has introduced a low-cost touch screen ebook in the limelight of the introduction of The Amazon Kindle.

Manufacturers are moving towards bringing content to the user and the ASUS ebook reader is just an example.

Unlike ebook readers currently available on the market, which takes the form of a single flat screen, the Asus device has a hinged spine, like a printed book. This, in theory, enables its owner to read an ebook much like a normal book, using the touchscreen to “flip” the pages from one screen to the next. It also gives the user the option of multitasking with its screens. One can read text on the first screen while browsing a web page on the other. One of the screens could also act as a virtual keypad for the device to be used as a laptop. Most current ebook readers have monochrome screens, while the Asus would be full colour. ASUS says it may also feature “speakers, a webcam and a mic for Skype”, allowing cheap phone calls over the internet.

ASUS has said, “Our ethos is innovation – as our brand is less well known, we have to run faster than the competition to develop new types of products. Any such product – including an e-reader – has to have the right combination of functionality and price.”

Talking of running faster than the competition, the ASUS ebook reader could potentially preempt a similar device that Apple is expected to announce in early 2010. What is even more interesting is that there was a rumour that ASUS was working with Apple to build a tablet device. However, Apple founder Steve Jobs has killed the tablet project twice before, it’s possible to conjecture that Apple is now building a tablet on its own while ASUS took its earlier designs and developed its own product.

At a low cost of $150, it’s doubtful that an ASUS ebook would include a 3G cellular connection like the Amazon Kindle and the forthcoming high-end Sony ebook or an Apple device, which would obviously have 3G to connect to iTunes. The 3G functionality could in turn limit the appeal of the ASUS device because Amazon’s Whispernet is its killer feature, allowing consumers to buy ebooks from anywhere and without a connection to a computer.