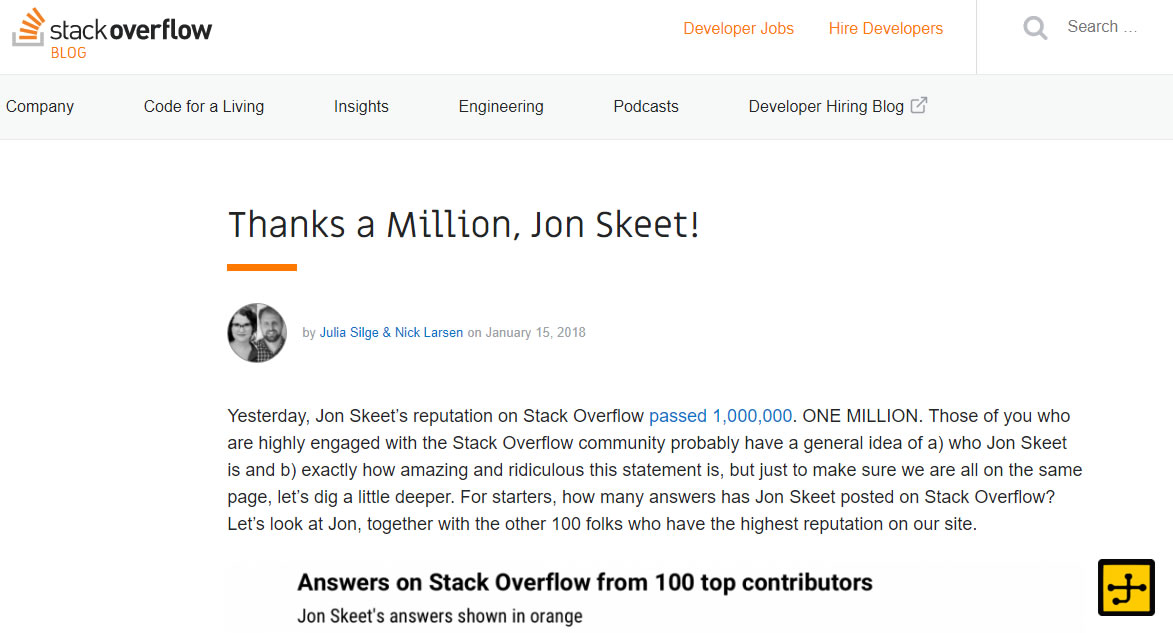 StackOverflow is a question and answer platform, not anything like Quora but it focuses on questions and answers based on programming and development. It does not matter what you are developing or what kind of program you are writing, StackOverflow has a plethora of subsites for everything programming from PHP, WordPress, Java, Android to the new kids on the block Kotlin.

StackOverflow recently honored Jon Skeet (https://codeblog.jonskeet.uk/) a software programmer who joined them back in 2008 on their blog. The StackOverflow post in honor is titled “Thanks a Million, Jon Skeet!”, and was put to honor Jon’s over 1,000,000 answers to questions from programmers world wide in a wide range of languages, frameworks. You ask it and Jon must have answered it. The categories in which Jon is most active are C#, .NET and Java where he has 15,000 answers or more.

SNETTSCOM being an avid user of StackOverflow resources would like to honor Jon Skeet (@jonskeet on Twitter) as The Greatest Programmer Today, because of his achievement of having over 1,000,000 answers. Jon currently working with Google, is the author of the infamous publication #C Sharp in Depth. Well done Jon, please continue in the spirit of helping young developers like us get better.

Have you tried Dropbox Paper?